Proper awareness and condom use are signs of love and respect towards men themselves and their partners.

The Centre for Sexual and Reproductive Health participates in the World Day of fight against AIDS/HIV by creating a new infographic related to the proper use of condoms. It is part of the SEXinfographics series that aims at informing the public upon issues of sexual health. 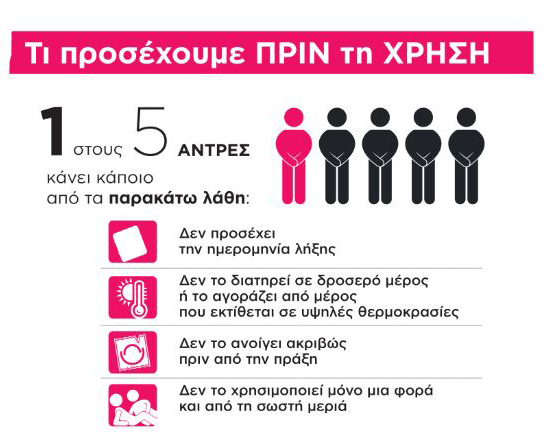 This infographic refers to common mistakes made in condom use, provides instructions about proper supply/ storage of condoms and explains how to deal with problems that might potentially arise from condom use.

Unfortunately, not all men are convinced to use condoms systematically. The main reason is that condom use may cause in some men some problems related to erection. According to scientific data, 1 out of 3 men reports experiencing at least one erectionloss associated with condom use. In case of men 18-35 years old who experience erection loss while using condom, they either end up removing condom before completing sexual intercourse or avoid using it during their next sexual contact. As a result, there is lack of protection for both themselves and their partners.

One main reason for erection loss when using condom is the difficulty of putting it on the penis. This explains why some men consistently lose erection when the moment comes for placing the condom. Indeed, being under stress, men are often hasty and quickly abandon the process of placing it. Scientific data have recorded that men who are hasty in placing condom are three times more likely to lose erection, compared to those who spend sufficient time to carry out that process. 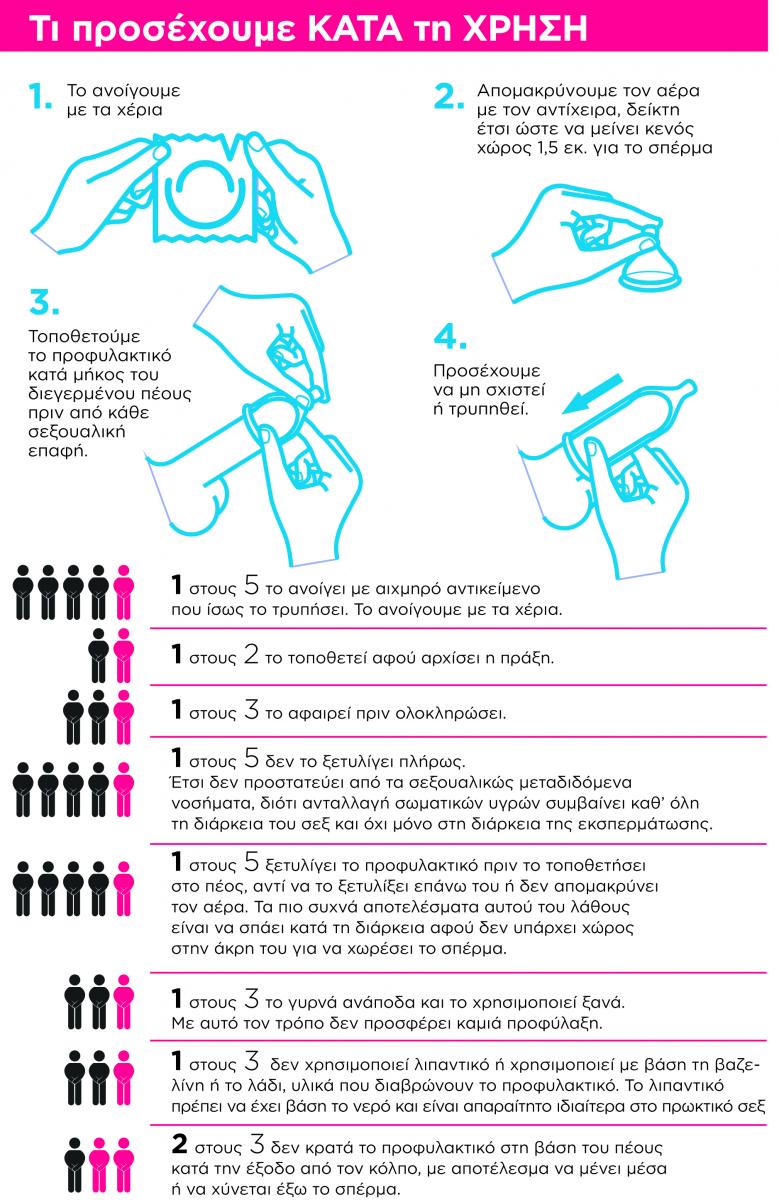 First of all, you should get informed about the proper use of condom. Secondly, condom use has to be integrated in the sexual play; this, certainly, requires the partner’s participation and understanding. In case erection loss associated with erection loss becomes a permanent problem, you should definitely visit a Specialized Sexologist, in order to overcome the problem and enjoy sex safely.

‹ Prostate: Is it an Ally or an Enemy in SEX? up When sexual intercourse causes pain to the woman ›